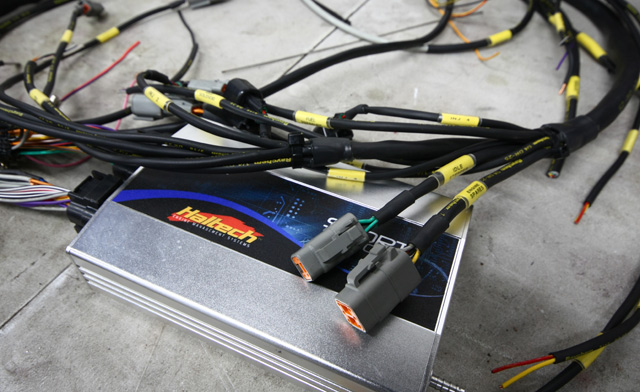 This is the time of year when you start to realize the time left to the first race is a hell of a lot less than you’d like it to be. When we want at LEAST one month of testing before the first race, it makes that deadline even harder to achieve. This year more-so than any years before, we are very busy for the winter season. I will use that as my excuse as to why I haven’t been able to keep you all updated on the happenings of SG.

This post is actually getting so long that I’m going to split it up into two seperate parts. Racecars first!

We’ve got a lot of fun prep done on these cars so far. For the past two weeks we’ve been working on the #86 car (we’ll just call it that for simplicities sake) and we finally have the chassis 90% done. So we sent it to get painted. Yeah there’s stuff we’re forgetting, but we’re on such a tight time line with this car that we’re just going to have to get some well matched spray bomb cans and add little brackets and touch up as required. The pedal box, steering column and seat is all done, the frame is notched for the rear upper control arms, the factory spring perches are cut off, the firewall is all sealed up minus the holes we are going to be using, the cage is complete so we should be good. Hopefully.

Cage Built In The South

On the #14 car we’re using that for a mock up for the intercooler and other coolers / duct work / splitter supports etc. It’s going to get really busy at the front of the cars this year as we’re going to have four 3″ ducts for brake cooling, an intercooler with piping, a 4″ duct to ram air to the intake of the turbo, as well as a power steering cooler. In between all of that you need to find space to run 4 vertical supports for the splitter. N/A is so much easier than turbo. I also love how as soon as we hit anything we’ll lose all the boost because the intercooler will be mangled. Gonna need lots of spares!

The wiring is coming along nicely as well, the switchbox’s are coming along well – our new 3 in 1 machine is doing the job for us to shear/ break everything. The box was all designed on the computer first, to get all the angles correct and then we just laid it out on the aluminum and hoped for the best. It was really close. I won’t lie – I messed up one angle! We’re using nut plates and baller hardware from an aircraft supply house to make stuff look like a Boeing 747. My plans are also to have the switch box totally isolated from the chassis on rubbers to help with the vibration for one, and also in the unfortunate incident where a switch or breaker terminal were to touch the housing, it wouldn’t do anything as the housing will be not only powder-coated but also isolated from ground. So good!

Switchbox with Mil-Spec Breakers and Switches

These Haltech ECU's have got to be the BEST bang for your buck in the industry. The software is also arguably the best PERIOD.

On the mechanical side of things, the cooling system is totally done. All of the factory cooling shit has been removed, and we’ve cleaned the engine up pretty nicely if I do say so myself. All of the factory metal hard lines that normally serve the heater core / cross-over flow etc have been removed, and we’ve simply welded two -6 bungs on a suction and pressure side for the turbo’s water cooling. We’ve then gutted the thermostat because we’re hard like that, and then welded on -16 bungs to the lower radiator outlet and to the factory upper radiator inlet. We’ll actually be able to re-use some of our coolant hoses from last year which is a bonus! Our entire rad setup will work as well which is great.

The oil system is also pretty much all done. We’re removing the OE oil filter and just putting one of Mocal’s low profile spin on adapters to run the flow to the same setup we had last year of an oil filter and cooler. The only problem is the housing has BSPT instead of NPT ports, so we’ll have to find some BSPT to -3/-4 adapters for the turbo and oil pressure sensor feeds.

The fuel systems are also almost done, Injector Dynamics has come on-board with their Injectors which is AWESOME. Can’t say enough about those guys after hearing the knowledge at PRI, they work with the factory fuel rail which is great, and we are just modifying the inlet to become a -6 bung. Unfortunately from stock a fuel pressure damper was part of the inlet, so I’m hoping removing that won’t cause any issues. I’d imagine it was more for low fuel load stuff more than anything. I hope. Not sure where to sample fuel pressure from yet, but a few shops make an insert for the end of the rail to run a return fuel line. I may make a custom plug that accepts 1/8″ NPT or whatever to thread a pressure sender right in there. Would be gangster.

For the drivetrain, we’re going to be using the factory gearboxes and maybe even driveshafts (we can’t move the engine back due to the fact that Hyundai thought it would be a good idea to mount the steering rack infront of the front sub-frame. So unless we go back like a foot and a half, we can’t go anywhere. Dry sump? Anyways – SPEC just announced that they will be sponsoring our team for 2011, which is awesome news! They’re supplying us with flywheels and clutches to eliminate the dual mass crap the factory cars have, I’m assuming for vibration and maybe even emissions issues. Stupid noise/vibration/harness. That’s all racecars are – NOISE, VIBRATION and HARSHNESS! These clutches from SPEC should drop a ton of inertia and I’ve been told because we’re using such a small clutch disk the gear shifts should be incredibly quick and easy on the synchros. I hope the factory gearbox is up for the abuse. I figure if we’re not banging gears or driving too recklessly, they should hold up.

So, as you can see, we’ve got a lot to do. Keep in mind that everything we do for the Gen Coupes needs to be done 3 times over! It’s like racecar assembly line work. We’ve already got a lot of 3x modified parts, 3x ecus, 3x injectors, 3x clutch/flywheels, 3x engines, 3x wiring harnesses, switchboxes. I want to put it all in an organized pile on the floor and take a picture, because I think it would be quite the sight. It certainly does reduce the amount of time as you obviously spend a HUGE amount of time planning and figuring for the first one and the subsequent units are relatively easy.

The main concern right now is getting these three racecars ready for a test in the first week of April, which is realistically only like 6 weeks away. I feel like weeks are going by like days, and there are never enough hours to get things done. And I refuse to burn the midnight oil, as that will not only get me sleeping on the couch, but that’s also when all of the problems start to arrise, isn’t it! And of course we can’t forget about getting our customer’s cars ready for battle this spring as well, maybe it’s time to hire more staff?