My good friend Dan Pye – the original founder of the mobile dyno business U2NDyno that inspired OnPoint – has taken a position as the General Manager of Engineered Automotive. If you’ve never heard of Engineered Automotive I’ll put it to you this way – it’s basically a living breathing working museum of the most exotic sports cars that have ever been produced. The guys there specialize in servicing and tuning cars you and I only dream of owning one day.

Dan called me up about a project – a red Shelby Daytona Coupe kit car that was currently running a Megasquirt. We upgraded the ECU to a Motec M84 with dual lambda control and then performed the dyno tuning on EA’s Mustang dyno. The engine made over 400whp and it starts and runs like a dream with the M84 controlling it. With individual throttle bodies the Ford V8 was snappy and on the road you simply can’t keep the tires under it.

To speed up the process I was able to use the map in the Megasquirt to calibrate the unknown temp sensors, find the trigger information and determine a rough idea of the size of the injectors by the fuel map. Once it was all wired up the Motec fired on the first try – something that likely would have been impossible without spending some time with the old ECU. It’s one of the ways we try to be efficient at OnPoint. 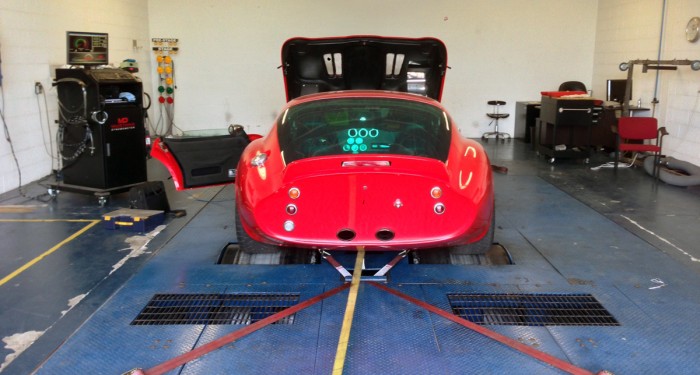 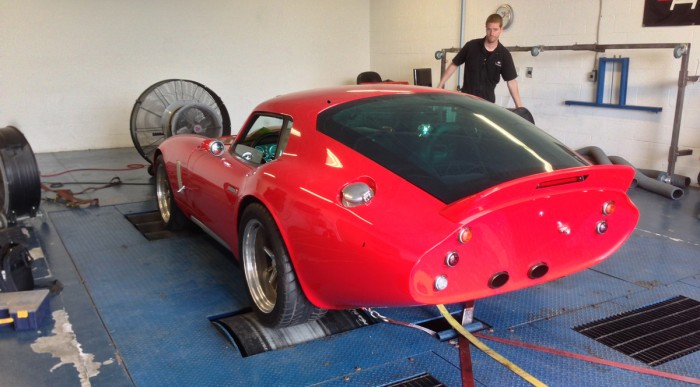 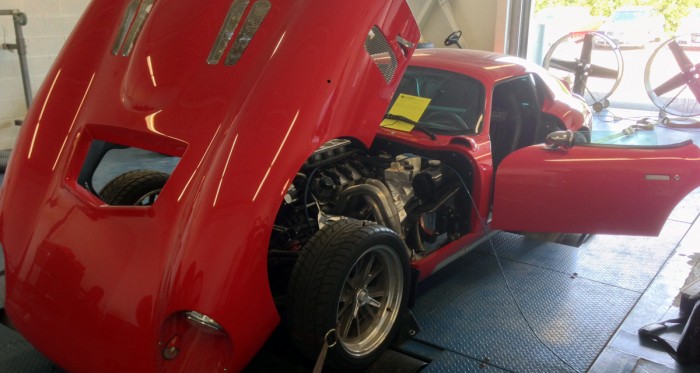 You can get a glimpse of the ITBs from this angle. Angry!