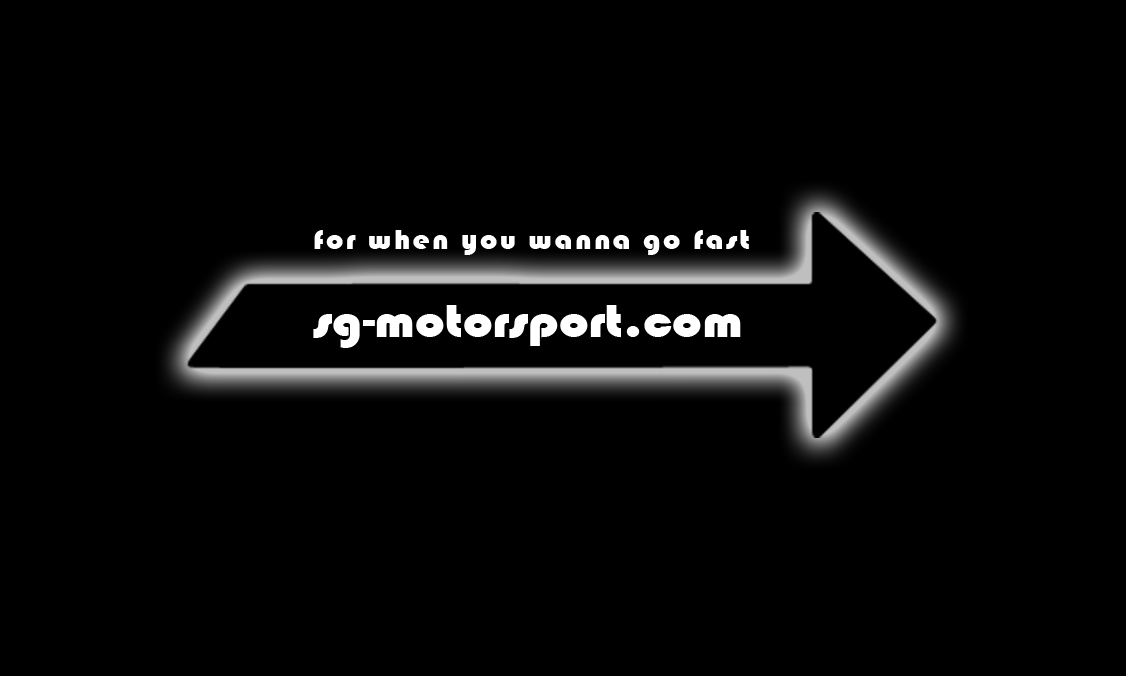 I’ve had the privilege of meeting a ton of great people in the last 5 years running SG-Motorsport. First starting in a tiny hole in the wall on Rogers Rd, where you nearly needed a 4×4 just to get into the shop. I remember setting up ramps on the street so that my customers could get their lowered cars into the place. We renovated the interior ourselves, building an office, bathroom and mezzanine. It’s where I started learning about racecars, fabrication and electrical systems – I would spend long days and nights trying to make some money, but I loved it.

Old shop after we painted the walls and floor

Hanging out in the ghetto, literally.

In 2007 we moved to our current location in Mississauga, and immediately things picked up. We had a real place to make a go of things and have had a lot of success over the past few years. I’ve been able to win a championship racing my (rough around the edges) S14 against some factory built V8 GT monsters, I’ve privateered a Koni Challenge GS team, secured Hyundai’s first North American road racing win, and their first North American road racing championship. I’ve also had the pleasure of building some pretty cool drift, street and race cars, one for Dave Briggs who has been campaigning his car almost problem-free throughout North America.

Doing some race prep at the new shop

We’ve had some great accomplishments with the success of our longtube headers for the VQ35DE, we’ve recorded the highest horsepower stock block VQ in North America and have done some neat intake development and engine testing – possibly testing more cams than anyone else on my red racecar: Stock, Tomei, Nismo, JWT street cams, JWT GA cams, JWT C8, C9, C10 and even combinations thereof. We have held the CSCS Lap Record for a few years at Cayuga, currently hold it at Mosport’s DDT track, and have lap records in the Canadian Touring Car Championship at Mosport and ICAR and Toronto.

Gridding for my first time at GP3R, with Kels in Koni Challenge

It has however, come to a point where I feel we just don’t have a long term future ahead of us with the kind of growth I dream of. The industry as a whole has some trouble ahead of it, and unless we get in to doing a lot of maintenance, like many shops have wisely done, we just can’t keep the business consistent enough. It’s extremely sad – and many times I’ve dreamed of a huge glass fronted shop home to hundreds of sports cars, but I feel it’s just not meant to be.

The real point I knew it was time to close up shop was when I found myself advising customers against my services. Some kid that wanted to dump $15,000 into a rusted $5,000 car. Or someone that wanted GT-R like performance out of their 350z. “Can we make it all wheel drive?” Yes. Or you can buy a GT-R. I guess I stopped seeing the purpose of modifying cars, when there are such great cars available from the factory. The amount of money that can be burnt in racing is astronomical – and sickening. The kicker is, you don’t necessarily have any more fun. You just spend more money.

Dave Kaskie's Twin Turbo 350z Build. This is what reliability looks like.

Those I’ve told has been saddened by the news, sometimes even angry! – but have also understood. They’ve seen us when we were slow and they’ve seen the stress I put on myself. I would hate to lose my love for racing, and for cars by worrying about this business all the time. I hope you understand as well. I wish all of you the best of luck with your cars, and if we’ve done work for you in the past – I’m sure there are plenty of guys that will pick up where we left off without too many complaints. As you know, we like to do things properly 🙂

There are plenty of good shops around the GTA, including Can-Jam, APH, Speedstar, Can-Alignment, Neetronics, O’Brien Motorsports, The Chassis Stop and Centerline Motorsports. Each of them with their own specialties. I’ve had great dealings with them in the past, and I’d suggest you research into which particular shop meets your specific needs, be it vehicle type, location, or racing type.

We will be operating until Christmas time, so if there is anything you need please let us know before then so that we can help give your car one last check-over, alignment, dyno tune, or whatever. We will not however be taking on new large projects, for obvious reasons.

As for the shop itself, I was originally thinking about selling it, but the reality is there isn’t much value in the name by-itself. Feel free to make any offers you want though. We do have some parts and supplies for sale, an inventory will follow of what’s for sale and the prices offered. Most of the shop equipment will then be sold, that will also be posted here on the website so you can decide if there’s anything that interests you. For those of you that care about myself, personally, don’t worry! I will of course still be racing, and will keep my cars. I’ll just be taking a step back and putting myself more into the “hobbyist” category than the “professional” category. Like I was ever a pro driver anyways! Maybe I’ll find a small space to rent and share with some of the great guys I’ve met along the way, who knows. That brings me to another point:

I really have to thank all of the great people that got me into this industry, took the time to teach me what I now know, and also to those who gave me an opportunity to prove what I could do. Without the confidence of the people around me, convincing me to give it a shot and to stop being so conservative – thank you. Honestly. SG is the best thing that ever happened to me (second to my girlfriend, of course) – even if it wasn’t a long term success. It gave me the knowledge to know that I can excel at something, and the confidence to move forward and tackle other opportunities I would have previously been too afraid to attempt. So thank you. I won’t name names at the risk of forgetting someone (there are so many of you), but you all know who you are and I truly appreciate your support.

Genesis Built By SG that ran nearly flawlessly all of the CTCC 2011 season, including a 3hr enduro at the end of the season for good measure.

I also have to thank all of my awesome employees throughout the years who I have become friends with (something a boss should never do), despite my best efforts to resist and to keep a strictly professional relationship. They are awesome guys, all willing to work harder than they should ever have to – and to accept less money than they deserve, all for this sick love of cars. They’ve come and gone, and I don’t blame them, but everyone that’s ever worked for SG has left on good terms, and I can say I am friends with each and every one of my employees since day one:

Jason, Serge, Fizzer, Jantos, Aaron, Chris, Cam, Marco, Dave, Joe and Jesse. Each of you guys are fucking awesome, and easily in the top 1% of employees in the world. Easy. It’s very rare that you find people so hard working, humble, smart and capable all in one package. Somehow, perhaps because of the demand of this business, I was able to find 11 of them. Maybe we should go rob a bank or something, it would be awesome and I could be like George Clooney. But in all seriousness, thank you for sticking with me while we busted ass and tried to make a buck modifying cars. We had a great time.

All of you that have supported SG, have been loyal customers and fans of our racing, thank you also – for giving us the opportunity to create awesome machines, and to display these awesome machines in action. I’m sorry that we won’t be able to do it anymore, but I am genuinely at peace with closing SG. It’s just that time.

Thanks guys, I wish you all the best!