We’ve been working with Will and the team from PZTuning.ca for a number of years, and this was the year we finally convinced Will to make the switch to MoTeC. With some support from MoTeC themselves, Will was excited to be on board and I think it’s safe to say he’s very happy he made the switch.

We supplied the team with a C125, M130, all of the system design including the initial ECU configuration, harness design and build. We had Will’s car up and running on the first or second attempt, and fully dyno tuned it the same day we started it for the first time.

In addition to just making power – we also setup traction control, sequential gearbox control using a closed loop gear control strategy, multiple boost maps and multiple traction control settings via steering wheel trim pots. We configured the C125’s logging and all of the CAN communication between the C125 and M130.

The engine made almost 800whp on the dyno, and surprisingly there were no issues. The electronics did exactly what they were told to do, the various systems such as VTC, VTEC, Boost Control and the gear shift control all worked as commanded. The entire process from when the completed harness was first being laid over the engine to when the car was ready to go on the racetrack was two days.

And go to the racetrack we did. The car is an absolute monster, and monsters need traction control. I even had a chance to drive it! The thing is so fast in a straight line that my eyes were blurring – and that was only around 550whp at 14 pounds of boost! We spent a few sessions at Toronto Motorsports Park dialing in the traction control and assessing different strategies, all while showing Will how the system worked so that he would be able to make adjustments at events we wouldn’t be attending – like World Time Attack in Australia. Will also learned how to use MoTeC’s incredibly powerful and intuitive i2 logging software, where he was amazed at how easily he could get very detailed information about the car, the driver, and comparisons between laps.

We are really proud to have worked with Will on this project, and he and his team couldn’t have represented MoTeC and ourselves any better. Way to go Will! Now don’t let that ego get too excited! 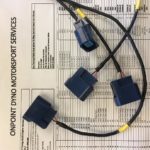 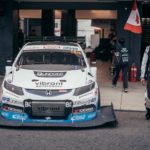 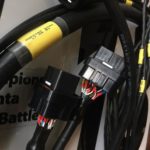 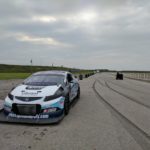 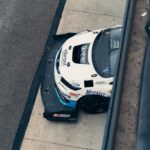