Merry Christmas and a Happy 300WHP! 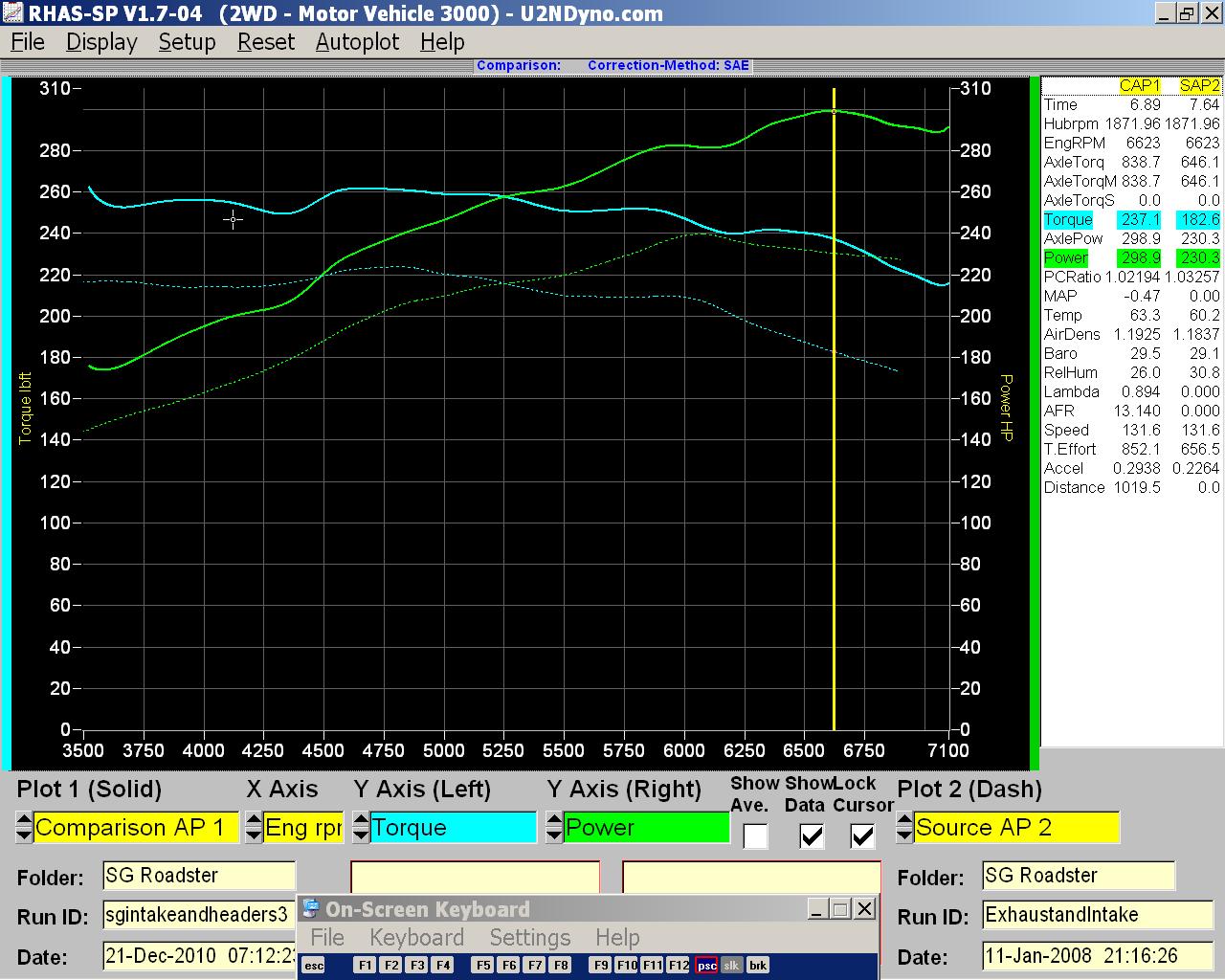 We’ve had a short stint between PRI and our leave for Christmas, but in that time we were able to get a lot done. I should have taken more pictures, but alas that didn’t happen. Aside from some cool customer work and project car progress (the blue Datsun is coming along well, and the fuel system looks badass, and Brian’s R32 put down an easy 380whp at spring pressure), we found time to test our intake and throttle body on the roadster, which has the following setup:

Without our intake and with tuning via an UpRev we were seeing around 280-284whp consistently. The addition of our intake and the Haltech, which just allowed easier tuning of the cam control tables, yielded 299whp! I am also confident that now knowing the ideal target fuel, ignition and cam control tables that the UpRev could make about the same power. Clearly at high RPM the stock intake is quite restrictive, and the revup engine is a ton more responsive to modifications than the non-revup was. The only difference that would explain this phenomenon would be the larger cams, and addition of exhaust cam timing adjustment.

From only an intake and cat-back exhaust, to now. Worth every penny?

This compares our setup to a similarly modified G35 with all the "best" currently available aftermarket bolt ons. Shame!

There are still some issues to be dealt with regarding the throttle body, so some development is required before it would be useable for customer vehicles. But we are looking at potentially producing this product, as it clearly compliments our headers fantastically and makes that dream 300whp that everyone has been trying to achieve since 2003! The non-revup engine will be more difficult, and would likely require the use of a large cam such as the JWT C8 or Tomei 272. Additionally, small parts like an under-driven crank pulley or a lightweight clutch/flywheel will help make even more power – things that this test car does not have! Contact me if you’re interested in the intake, the price with throttle body would be in the $1000-1500 range, and this kit would be best offered with our longtube headers, as the parts compliment each other and are the ticket to 300whp. As we don’t expect everyone to have the same success our roadster has had, adding a set of cams on top of this package would really make a great difference and 300whp would be a joke.

We’ll be back January 4th, so have a great Christmas and New Years and be safe! Dream about headers, intakes and SG tuning and make it come true for 2011! Have a good one kids,