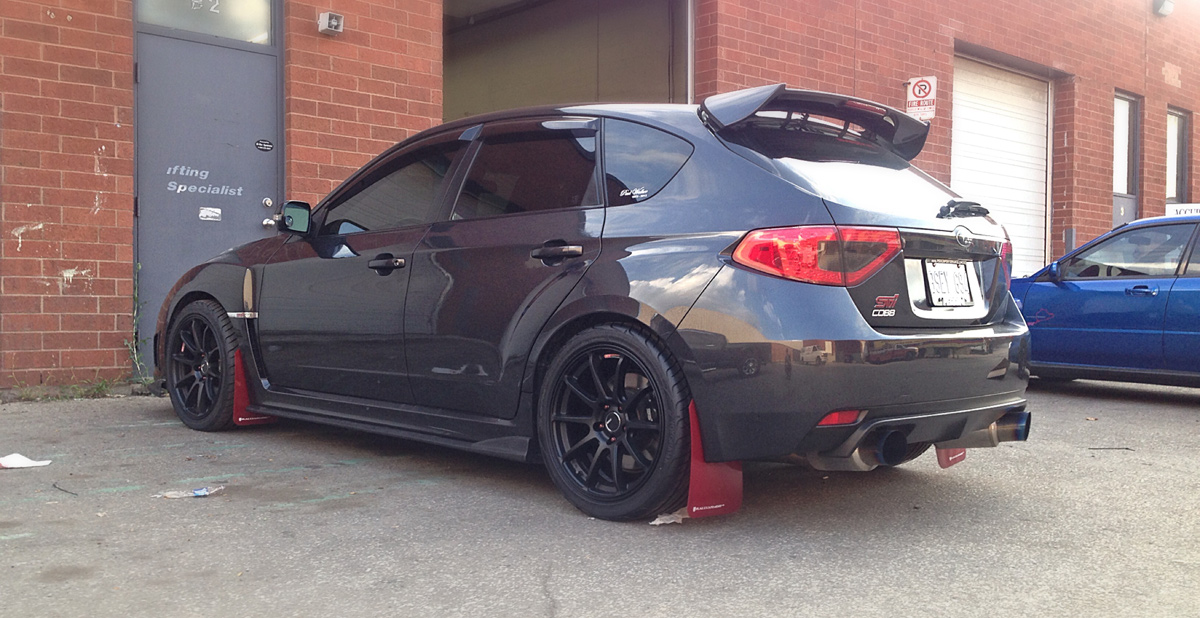 Chris and the guys at Touge Tuning did an awesome job on the turbo upgrade and front mount install on John’s STi, and I happen to really like this car. John is a nice young kid and I’m always worried giving someone a 500hp car, but he has managed to keep himself alive so far with this car – it’s been a few months since we tuned the car.

When I first tuned the car for John he was using the factory STi top mount intercooler which I felt was the main restriction to making more power with his setup. John upgraded to an ETS front mount and an ETS equal length header and the gains were as expected, and then some. With another pound of boost the additional parts yielded 50whp – showing just how important the right combination of parts are to making power. This turbo is quite small in the grand scheme of things and makes for an ultra responsive and fun to drive car.

Unfortunately the engine suffered an oiling issue recently – it is suspected that the pickup on the oil pump was cracked causing the oiling system to pump air into the engine. With 380lb-ft of torque there is no margin for inadequate lubrication and a bearing spun, and it looks like the turbo was also damaged due to the oiling issues. The car is under the knife now at Touge Tuning and I’m sure it will come out better, faster and more reliable when the work is all done. 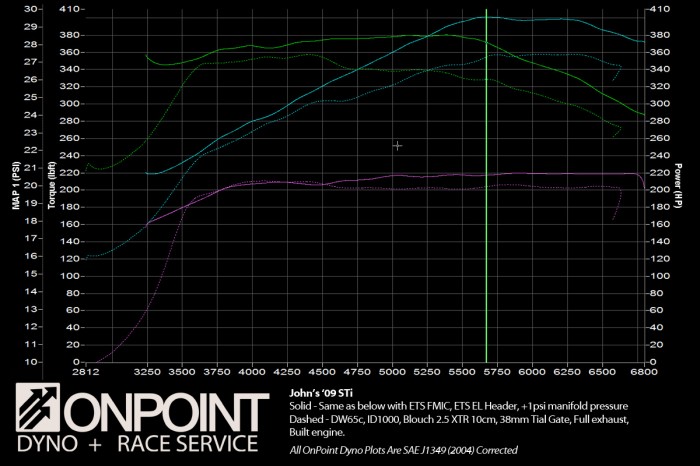 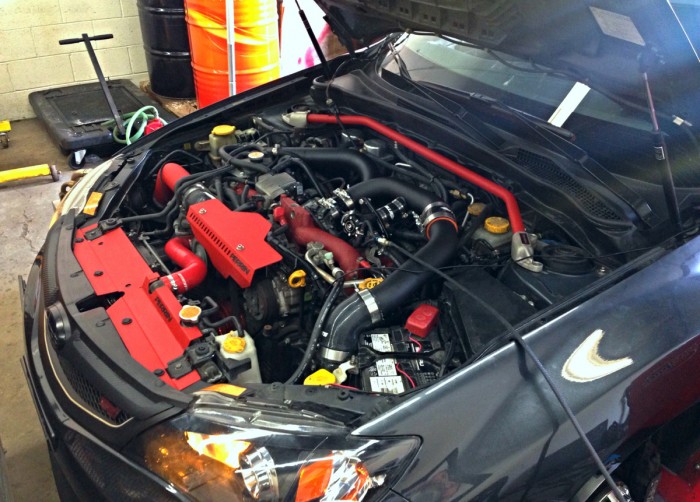 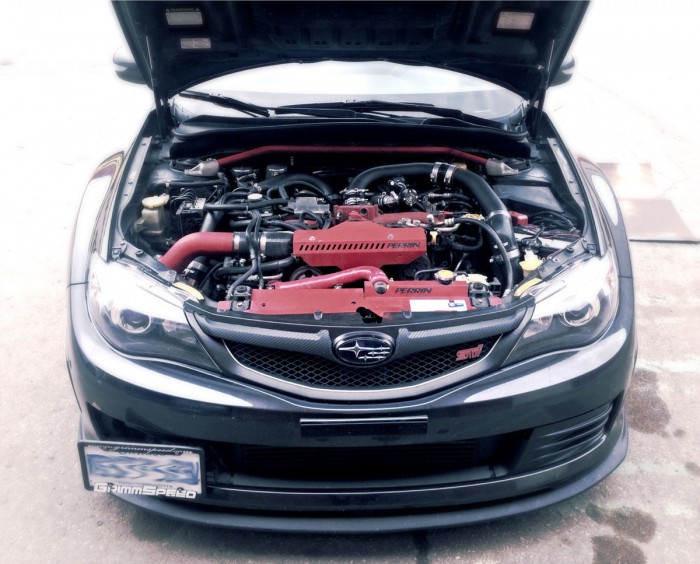 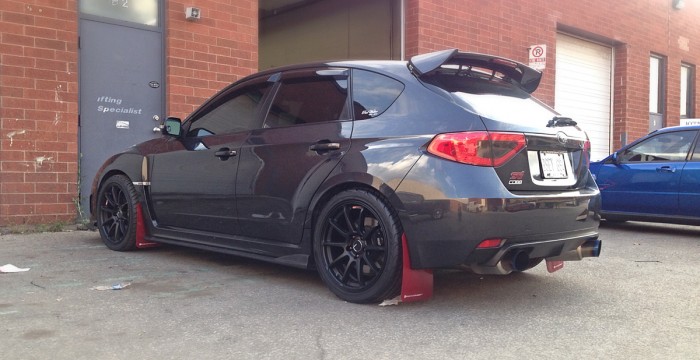