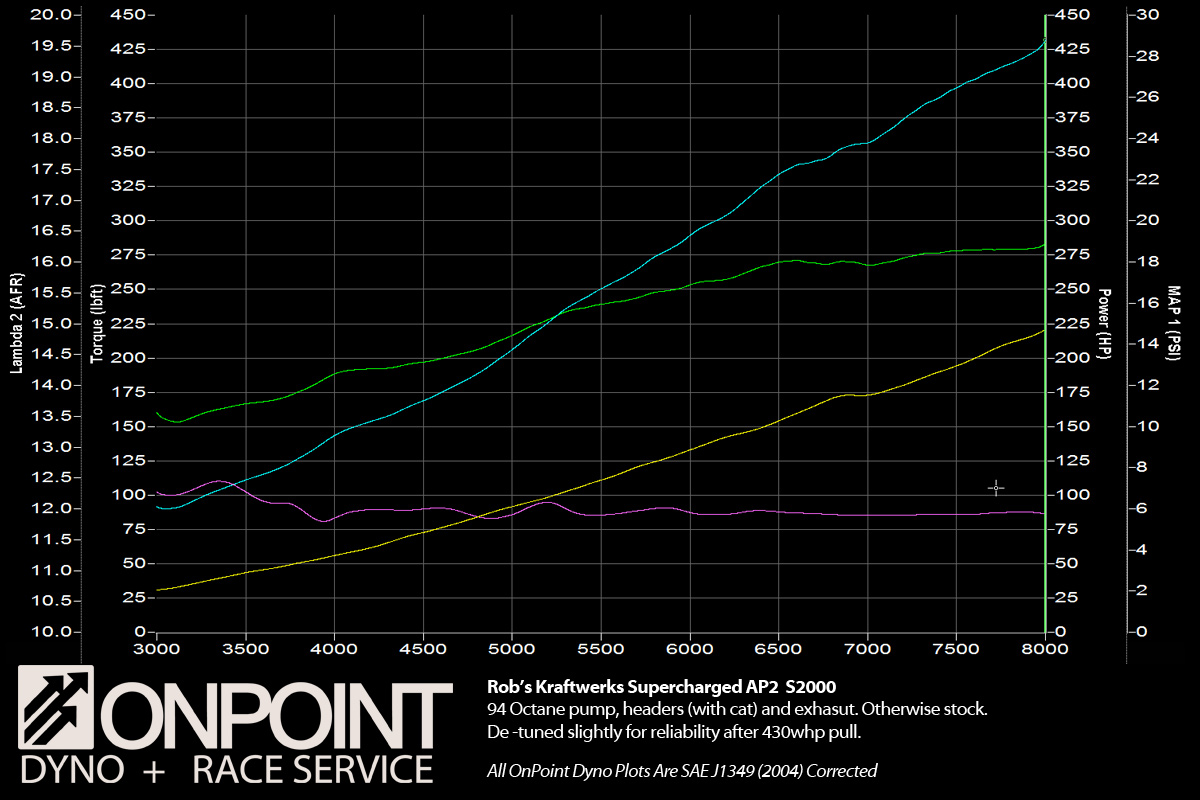 I don’t have a picture of this car but the dyno graph is what I want you all to focus on with this one. Rob’s AP2 S2000 is one of the more recent S2000’s that I have done with a Kraftwerks Rotrex supercharger kit and at redline the engine was producing 15psi, or just a hair over double the Earth’s normal atmospheric pressure.

A naturally aspirated AP2 S2000 puts down about 210-220whp on our dyno, with a header. By doubling the pressure in the intake manifold you would think we would cause some sort of flow restriction, not to mention lose some energy (power) from driving the supercharger. But infact it appears that at double the pressure with this Kraftwerks supercharger we have almost exactly doubled the power of an NA car (just shy of it). It’s an incredible thing, really.

The car was tuned with Hondata FlashPro on 94 octane fuel, and the work was done by Will and his guys at PZTuning. Doing a great job as always! 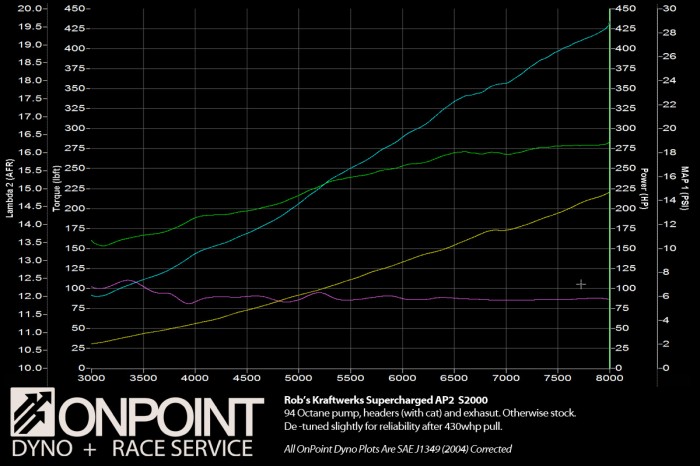