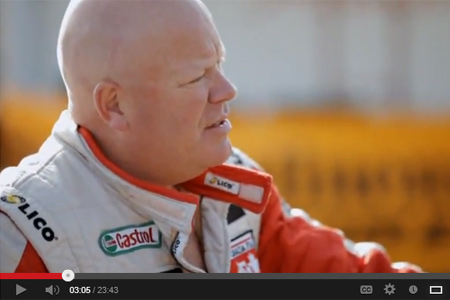 P1 is a television show that started in 2012, produced by the owner of the series we compete in, the Canadian Touring Car Championship. The fourth episode of P1 featured our team owner of Genesis Racing, Bob Attrell in his Continental Tire sponsored Genesis Coupe, along with bits of myself in the Castrol sponsored Gen Coupe.

The episode takes place at Mosport on the ALMS weekend, on a dramatic and emotional weekend. One of the most intense of the year – as I wrecked on the 2nd lap of the first race, spent all night at the shop repairing the car (with the help of an amazing group of guys), and then started in the back for race 2. Watch the episode for yourself, it’s well done with great footage and videography.