Mike is the proud owner of our VQ35DE from Kelsey the 350z GT racecar. While Kels made 372+whp with Jenvey ITBs and a Motec M800, Mike planned to use the engine with the factory intake system (even the stock intake and airbox!) I guessed the engine would make around 300whp, figuring that we made 313whp with a stock plenum and throttle body with slightly smaller cams, with our larger motorsport headers and exhaust.

Who would guess that this engine was making 315whp

Well, Mike’s car made more than that – and it made enough to max out the injectors unfortunately. While I was able to run 340whp on the stock injectors, that is because Kels is running a fair bit more fuel pressure. Mike’s car was tuned with UpRev and the UpRev did a fantastic job of controlling the idle even with huge Jim Wolf C10/C9 cams. One great thing about MAF sensors is they make idle control reasonable even with ridiculous cams.

Mike’s car sounds VERY similar to Kels, the main difference being that the engine is not revving quite as high. With Centerline Motorsports SGM licensed longtube headers we would expect that! Check out the youtube video here:

Once we sort out the injectors we will have to look into a high RPM breakup the engine was experiencing, which may be attributed to old ignition coils. Strange though, as this was the first time I have seen ignition breakup on a VQ35. 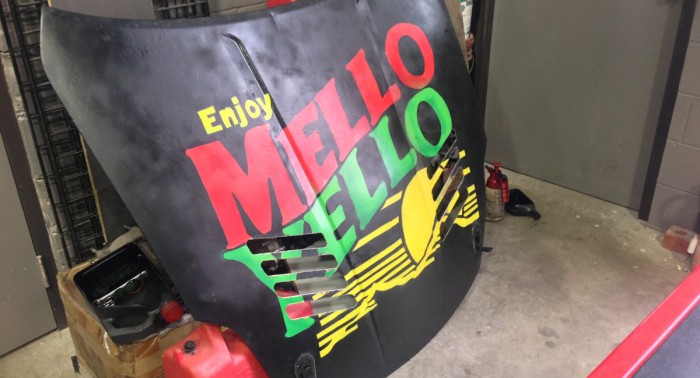 But I thought I was Cole Trickle?

More RPM to come once larger injectors are installed.