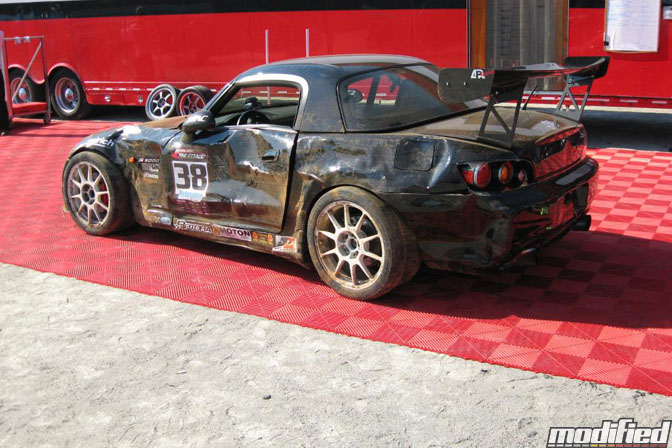 As you can see from the before and after plot, the bolt-on header and exhaust yeilded some power, but the tuning was worth a great deal. By activating the VTEC earlier the engine no longer produces a surge of torque at 6500rpm, which when exiting a corner would be liable to snap the car loose and get you into trouble. We all know how difficult S2000’s can be to drive, you don’t need at 20% torque shock at the tires to aggravate the thing! Not to mention the power under the curve was increased, so straight line acceleration will be significantly improved.

Unfortunately Andrew was competing at a Time Attack event in the states when a car ahead had an engine failure and put down oil. Friction is required to slow the car down. Oil on the track reduces friction. The above is what happens when friction is reduced. The good news is that Andrew was ok, other than a sore neck.