Alvin has done a really nice job with this build. I mean the attention to detail is up there with any of the nicest show cars in Canada. The exception is that this car is clean, the only thing loud about it is the color of the wheels – which have a color to them that is vibrant but without taking it too far. It has an advanced air ride system that keeps the thing functional for his downtown driving.

Alvin’s car has a Stillen Supercharger, and with only the base Stillen flash in the car, it was not running as he had hoped it would. With a smaller pulley making 9 pounds of boost and with some headers, this car is making a TON more power than the previous Stillen 370z’s that I have done. In fact, the engine is flowing so much air that we are at the limit of both MAF sensors at about 25 deg C. That means on a cold day, Alvin is going to have to keep the RPM down until we get him some UpRev GT MAFs. 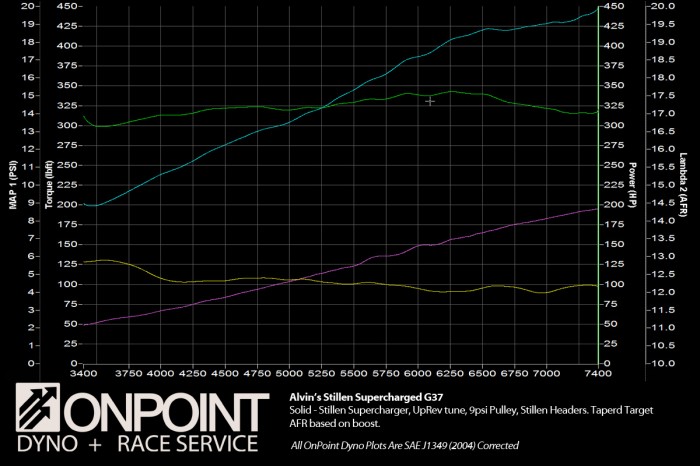 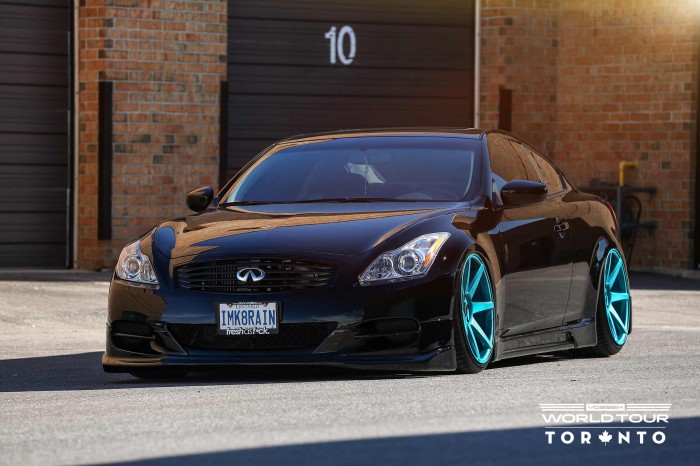 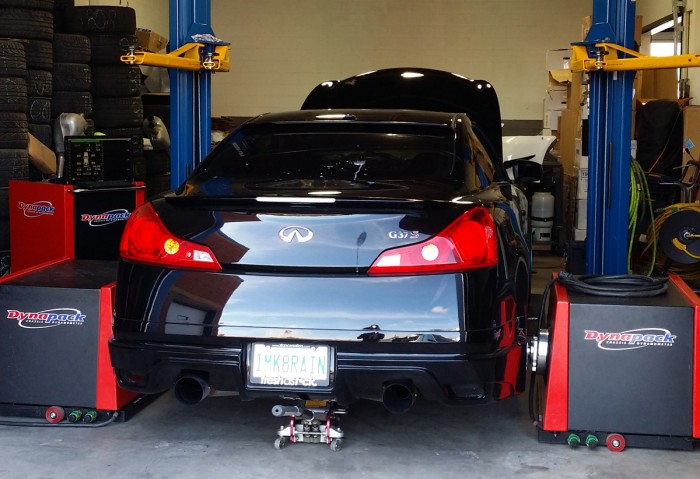